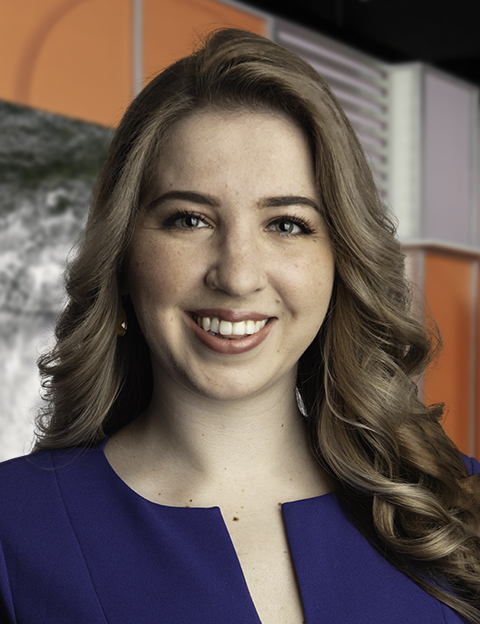 The desire to learn and master one of the most predictably unpredictable phenomena in the world is what drove Jessica to become a meteorologist.

The desire to learn and master one of the most predictably unpredictable phenomena in the world is what drove Jessica to become a meteorologist.

Jessica Pash joined the AccuWeather Network in March of 2021. Jessica comes to AccuWeather after spending over 2 years working as a meteorologist for FOX43 in York, PA. During her time there, she covered all of Pennsylvania's interesting weather including severe storms, major flooding, and snowstorms.


Now, let's rewind a bit further. Jessica was born and raised in the city that never sleeps. From snowy winters to hot and humid summers, weather in New York City was rarely regular or boring. The desire to learn and master one of the most predictably unpredictable phenomena in the world is what drove her to become a meteorologist. Jessica took her passion for weather to Rutgers University and graduated in 2017 with a major in Meteorology and a minor in Business Administration. Throughout her 4 years in college, she created and delivered forecasts in the studio on campus. She also spent many long days interning in the newsrooms of News 12 New Jersey and ABC's Good Morning America and World News Tonight.

Upon graduating from Rutgers, Jessica packed her bags and settled in West Virginia. While in Clarksburg, she worked at WDTV forecasting the fickle and tricky weather patterns of West Virginia. Jessica also spent some time in radio broadcasting as well, delivering forecasts to multiple stations in the southeast.

On the rare occasion when the weather is calm and quiet, Jessica has other interests as well! She learned how to play the piano at a very young age and loves sitting down and mastering a new piece. Cuddling up on her couch with her kitty cat Timmy and watching HGTV is another one of Jessica's guilty pleasures. Plus, once fall rolls around, her Sundays are devoted to pizza, wings, and football!